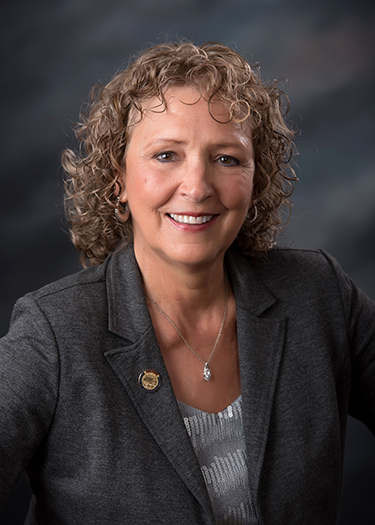 Sydney Carlin was born in Wichita, Kansas. Her father John Naughton was an aircraft inspector at Boeing. Her mother, Irene (Locke), was a homemaker. She had two older brothers, Gary and Kenneth (Kip) Naughton. Sydney joined 4-H at the age of 8 and her projects included sewing, gardening, cooking, animals (sheep), square dancing and photography.  She enjoys most of these things today. At Chanute High School, she was the Editor of the Student Monitor newspaper and a member of Student Council. She was a cheerleader, played saxophone, and was a twirler in the band. She was selected to attend a 4-H Leadership Camp at KSU and fell in love with the University, the City of Manhattan and the beautiful Flint Hills. She attended Neosho County Community College where she was  involved in cheerleading and student government.

In 1972, because she so valued higher education, and to be sure her children, Blaine and Becce, could achieve a college degree, she moved her family to Manhattan. Her sister Tammi and brother-in-law Tom Hawk told her about a job opening as Office Manager of the Manhattan Country Club. She took the job. Her brother Gary and his family lived in Manhattan, too, where he worked at the Kansas State Extension Forestry Department.

In 1975 Sydney married John Edward Carlin, not the Governor. They became the parents of two more children, Ryan and Mike. They were active in PTO, City Recreation sports, and American Legion baseball. They enjoyed working with the children’s teams.

In 1988, when the Riley County Commissioners wanted to build a new jail across the street from the Manhattan Catholic Schools Sydney was PTO president. Believing that it was irresponsible to build a 60,000 square foot jail in such close proximity to a neighborhood, school, and church, the Carlins and several other families formed Jail CORP (Citizens Organized for Responsible Placement) of the jail. That was the beginning of her political leadership.

Sydney decided to run for the County Commission in 1992. Being a real novice, she lost in the primary. A few months later she ran for City Commission and won a four year term and a year as Mayor. As a city commissioner,  she was appointed to a committee working to develop new plans for the Law Enforcement Facility. Twelve years after Jail CORP was formed she helped cut the ribbon on a new law enforcement facility in a new – more satisfactory – location. Sydney focused on making things better for people in Manhattan. She worked with the state on streets and highways in Manhattan including Allen Road, Anderson Avenue widening, and Seth Child Road expansion.  She also negotiated for the purchase of land for a competition youth baseball field at Eisenhower Middle School and the Technology Park at the airport. She worked to expand Manhattan Public Library, and the Airport, always being sure that the citizens of the community were heard and their property rights were protected in the processes. As mayor she created a Youth Advisory Board and eventually introduced funding for the Boys & Girls Club. 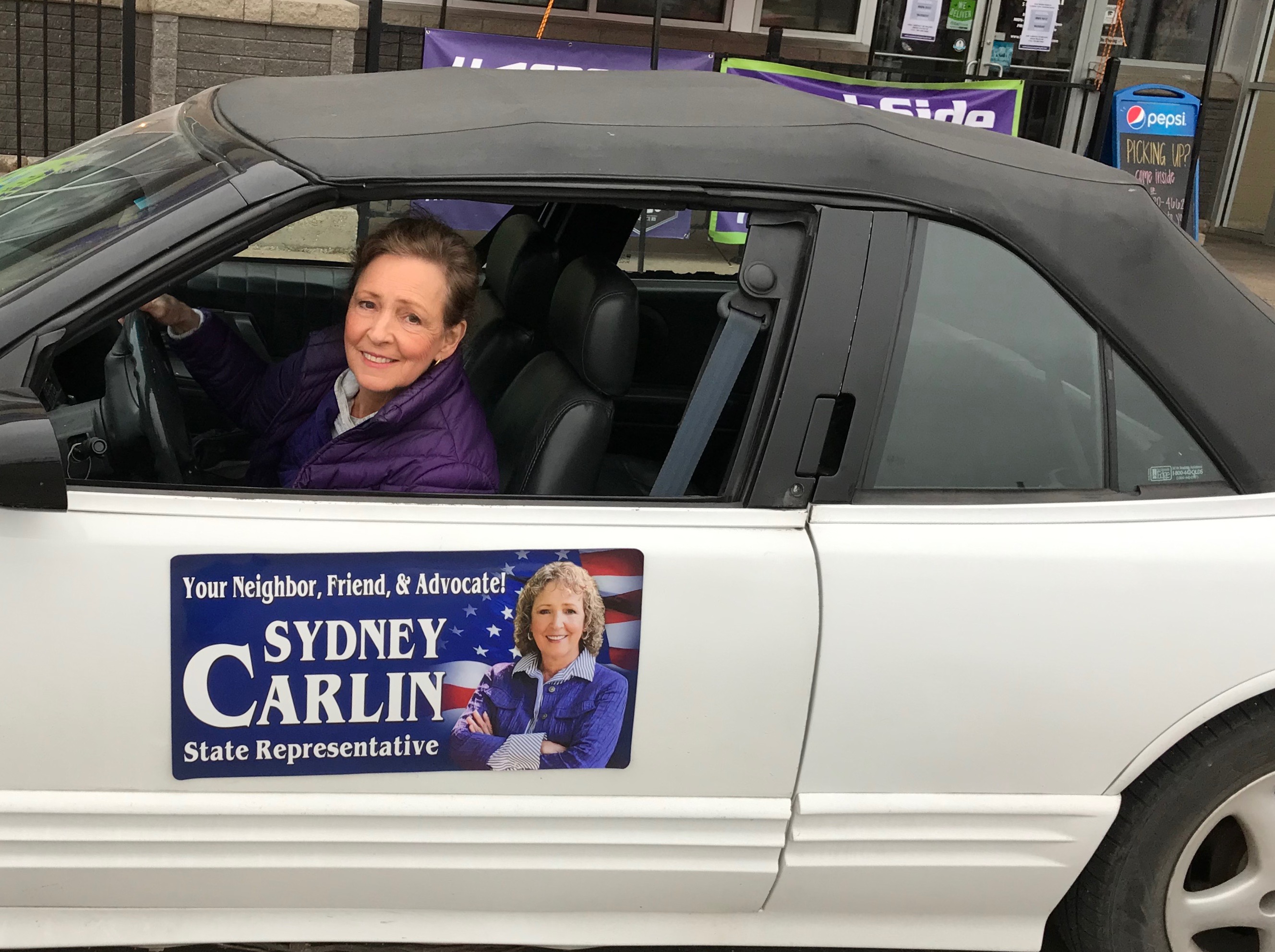 After serving as Mayor in 1996-1997, she ran for State Representative, losing to the incumbent. Two days after the election Sydney enrolled at Kansas State University and completed her Bachelors Degree in 2000. She ran for State Representative again in 2002 and was elected in the 66th District. She has offered over a dozen bills which have become law including: the False Claims Against the State Act; Restrictions on the use of Eminent Domain for Economic Development; Insurance Coverage for Autism Therapy; Opportunities to Freeze Credit Reports for Minors; Military Education/Tuition bills; and the Revenge Pornography bill. 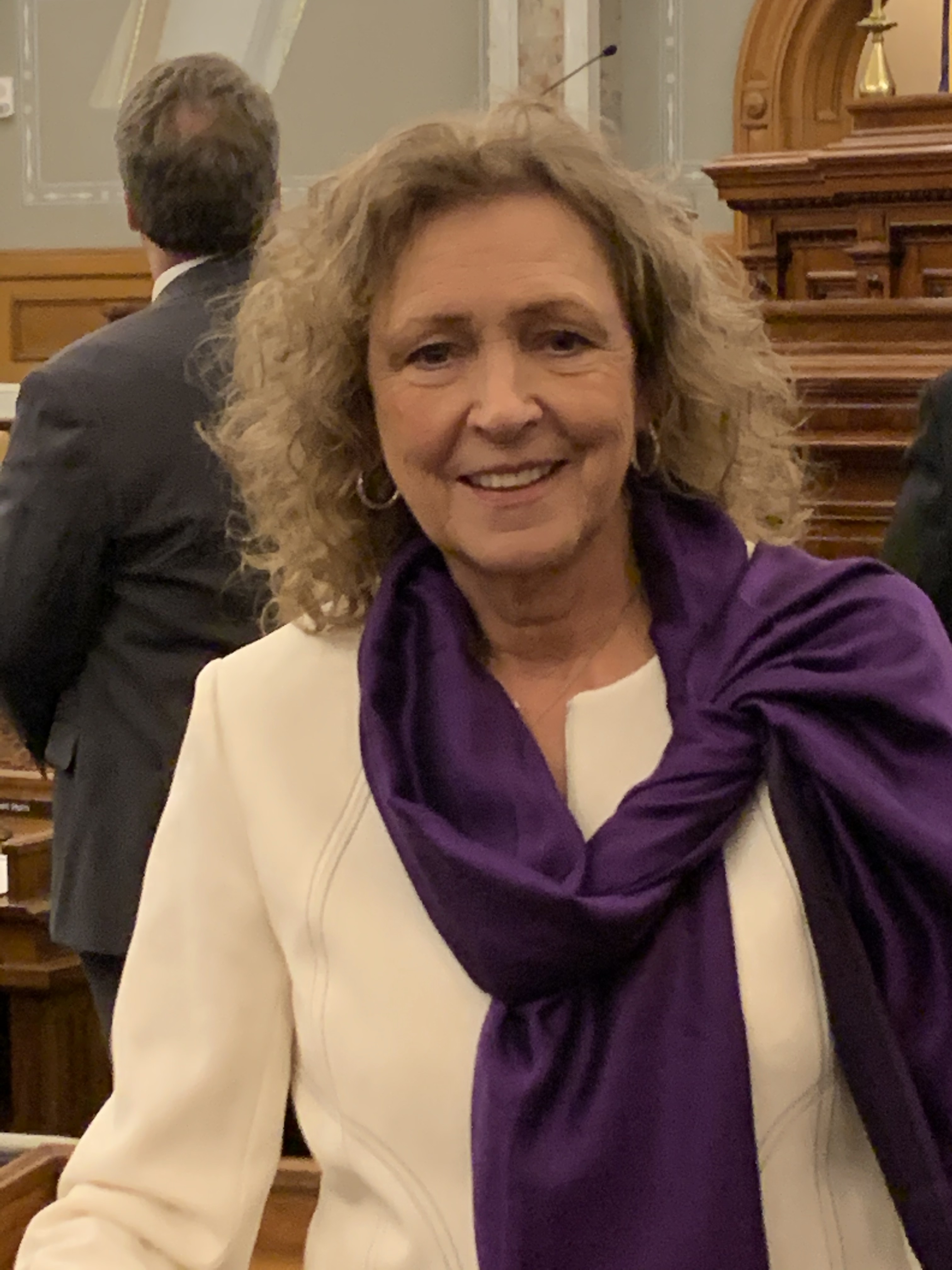 Sydney is concerned about her neighbors and her community and works to promote and protect their interests in the state of Kansas. She believes in: Public Education; Higher Education and technology and career education. She supports: safe communities, good paying jobs, economic growth, private property rights, vital state support of highways, our Military and KSU.

You can join us using

Created with NationBuilder – Theme by Tectonica